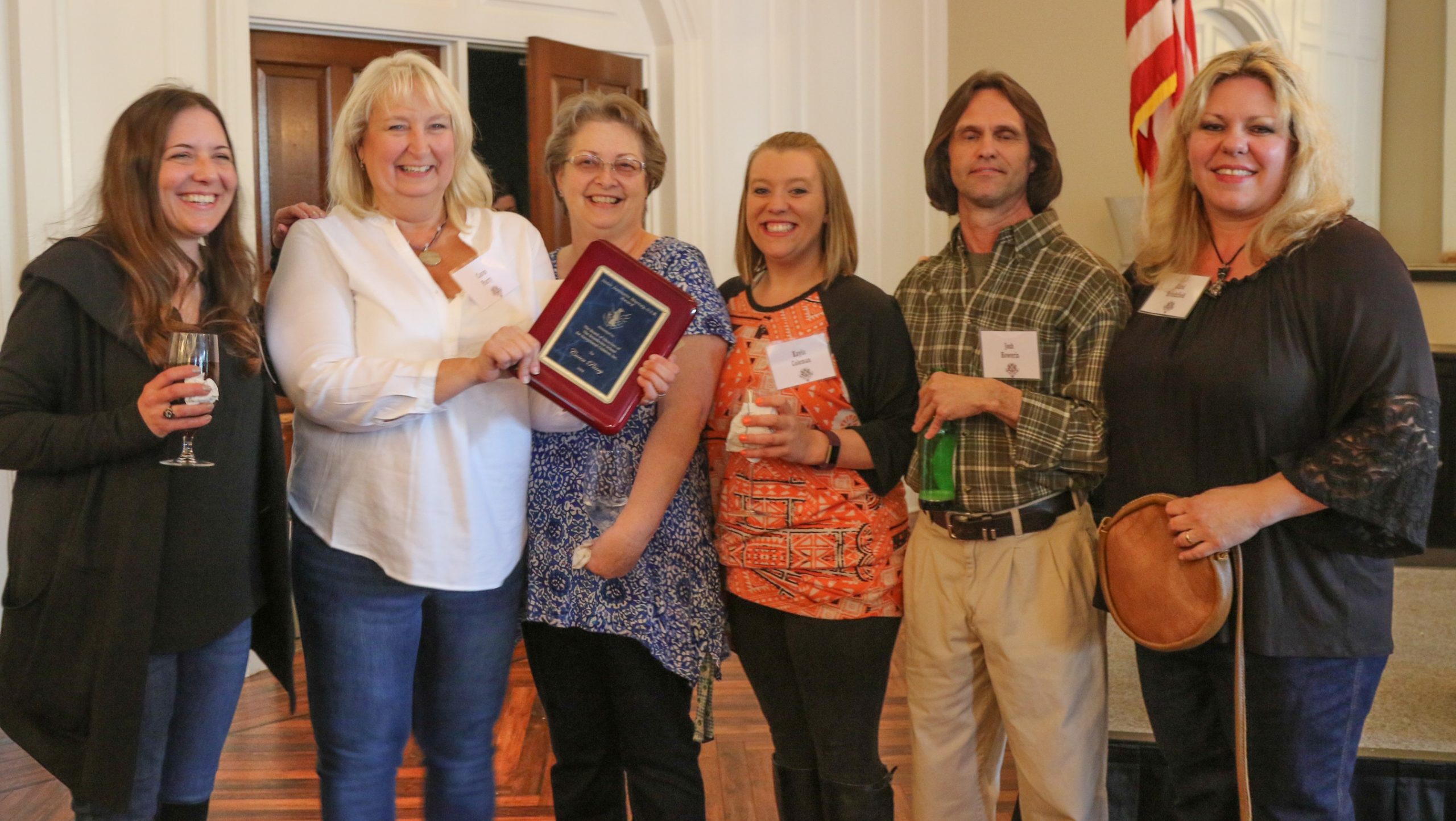 Each year the Board of Directors honors a staff member during Spring Benefit weekend by presenting the Sister Jeanette Award during Friday’s Welcome Reception. The award, established in 2012 in honor of Sister Jeannette Murray who served at Benedictine for over 30 years, represents the values and vision of the Benedictine community.

In June, 1993, Caren began her Benedictine career as a 1:1 aide in Total Communications.  In just two short years, she became the first assistant in the Speech Department, which involved programming communication devices, developing augmentative communication books, and teaching sign language to students and staff.

In the summer of 1998, Caren took on a graphic designer position, which was initially a temporary position, but became permanent in the fall.  She attended Chesapeake College and Delaware Tech to acquire the needed skills for her new role, although Caren was already very artistically talented.

By 2002, she was promoted to her current role as Manager of the Graphics Department.

Caren has been responsible for the growth and success of the Graphics Department over the past 12 years, as their customer base continues to expand year after year in both the screen printing and embroidery areas.  She has an excellent rapport with customers, many of which continue to return time and time again to have their work completed by Benedictine Graphics.

Caren is dependable, conscientious, responsible, efficient, and resourceful.  She goes above and beyond, working tirelessly for the benefit of Benedictine, both on campus and in the community at various festivals and events.  She is sensitive to the needs of the students and individuals who work in the Graphics Department, always willing to accommodate where necessary in order to ensure their success.  She brings her creativity and quality of workmanship to the standard of excellence.

What her employees have said about Caren: