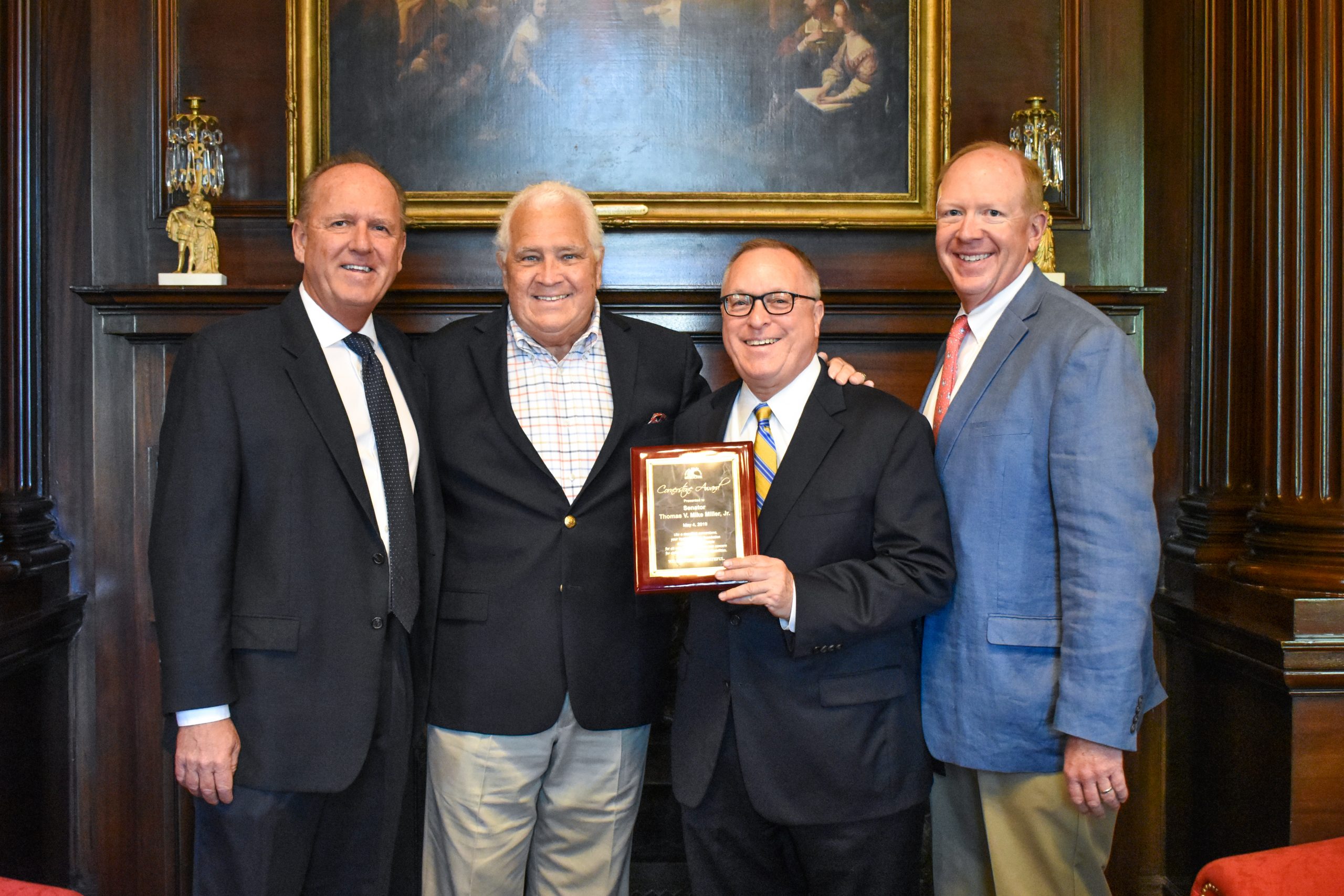 Sen. Miller became the fifth person in the organizations 60 year history to receive the distinction. Cornerstone recipients are chosen for extraordinary support of Benedictine.

“Once you get to know an organization the way I have Benedictine over the years, you understand the value of their mission and appreciate the special work they do every day. I am honored to receive the Cornerstone award and look forward to the next generation continuing to advocate for and believe in their mission,” said Miller.

Over the years, Miller developed a close relationship with Benedictine’s late Director, Sister Jeannette, and became an advocated for the organization.

“The senator was always willing to assist Benedictine with special projects by supporting state grants that included the well water system, the swimming pool, and numerous campus renovations, including assisting in the construction of many of our group homes,” said Board of Trustees President, Charley Mills.

“Over the past 30 years those state grants have totaled more than $5 million, and while I can mention other important individuals in Annapolis who have helped Benedictine over the years, Sen. Miller is the one legislator who has been there for Benedictine year in and year out,” said Mills.

Miller was formally announced as the 2019 Cornerstone Award recipient during the organization’s Spring Benefit event in May, but was recently presented the award at his office in Annapolis. Miller’s long-standing support of Benedictine exemplifies the guiding principles of the award.