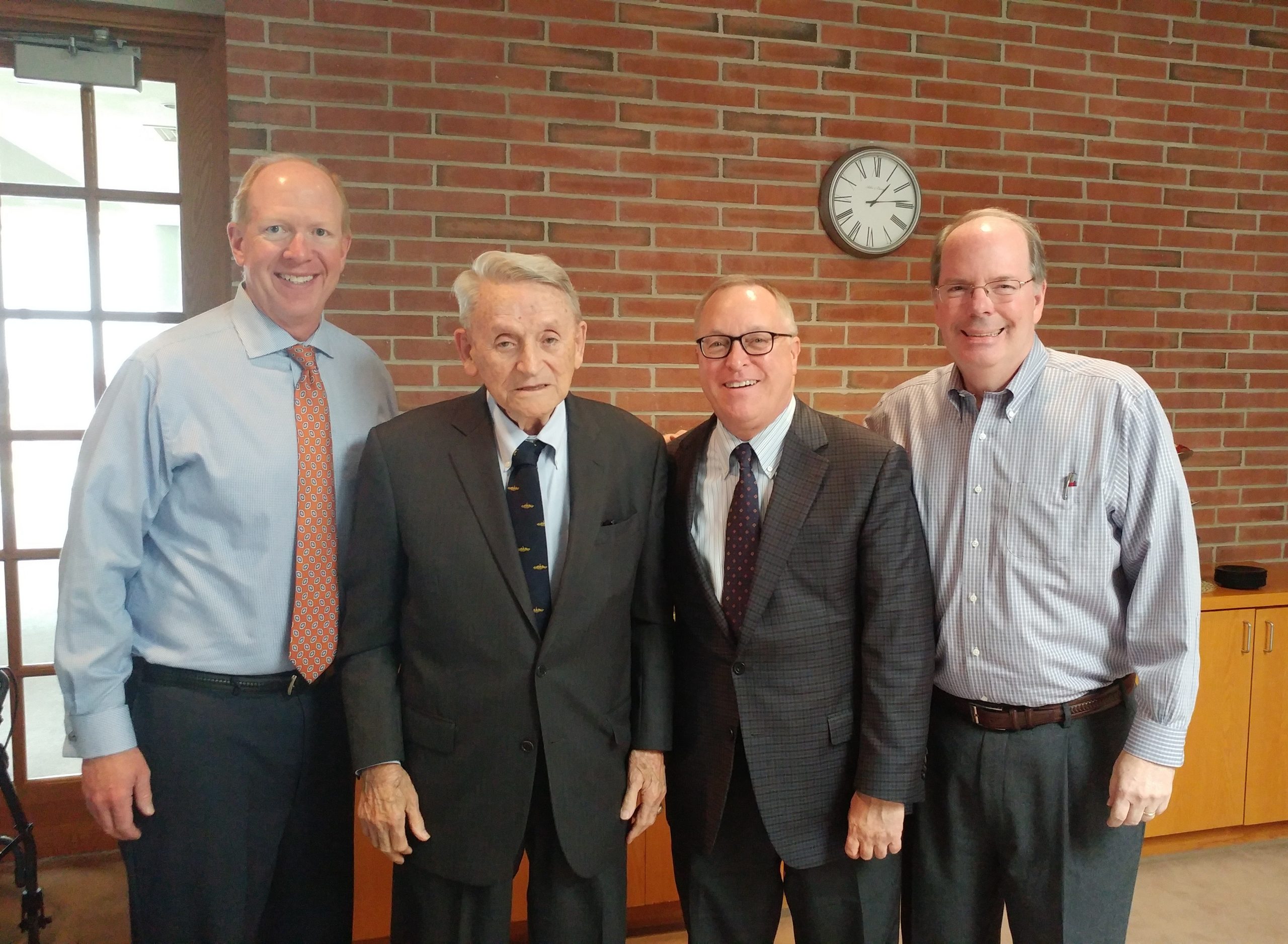 During a lunch reception following Benedictine’s recent Board meeting, Adm. Al Burkhalter (Ret.) was joined by family, friends, and colleagues to celebrate his retirement and 33 years of service to the organization.

Since 1986, Burkhalter has served on the Board of Directors and is credited with establishing the Benedictine Foundation, which continues today. The Foundation works to secure philanthropic funds in support of the organization’s mission to help children and adults with developmental disabilities and autism achieve their greatest potential and participate as fully as possible in the community through education, work and home life.

“As a founder and longtime member of the Board, Al’s contributions have been immense in improving the lives of the people here at Benedictine,” said Foundation Director, Barry Smale.

Growing up in Roanoke, Al., on Sept. 15, 1928, Burkhalter was an athlete, an Eagle Scout and a trumpet player. In 1946, he entered Auburn University, and in 1947 he entered the United States Naval Academy and graduated in electrical engineering. He went on to serve in the Korean War, entered into the nuclear submarine service during the programs nascency, and was accepted into Yale Law. He served as a navigator on the USS Seadragon on its historic undersea northwest passage of the Arctic. He later served as commanding officer (Skipper) of the USS Skate and commanded a missile submarine division and an attack submarine squadron. In 1972, he married his wife Becky, a Navy widow, and adopted her special needs son Mark. After enrolling their son into Benedictine’s programs and services Burkhalter began serving Benedictine’s Board of Directors.

“This year, as an organization, we are celebrating our 60th anniversary, and I can’t help but think what a truly meaningful impact Al has made here and we’re grateful for his part in shaping the history of Benedictine,” said Smale.